I took on a commission from my parish council to make a village map - the village of Bishampton in Worcestershire. It has very few house numbers, the houses are mostly named, and it's difficult for visitors to find specific addresses. The councillors wanted it set in the old, disused, BT phonebox.

I worked through an Art in the Public Space university module alongside the project where I documented my efforts and made some pieces in response to the map.

Decisions, constraints and practicalities haunted my dreams over six months of work.

But it got finished, it's still there and most importantly, it works. The council was presented with a book at the end of the project which detailed some of the history of the phonebox and the story of the map. 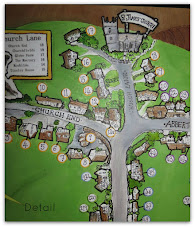 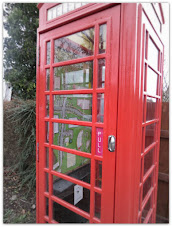 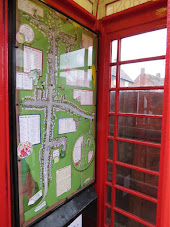 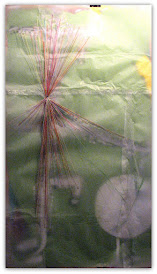 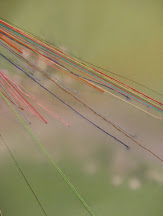 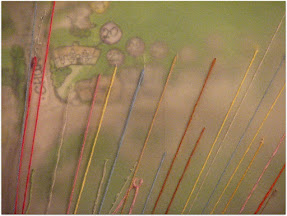 Excerpt from the book

"Notes about the map:

Not all houses are included on the previous pages but most of the houses in the parish in 2011 are recorded. All 271 are on the map - I hope!  Many villagers will have noticed me walking the village several times photographing and recording house names and positions. I was amazed at what I hadn't noticed before as I carried out my surveys, really looking closely at each house, even after living in the parish since I was a toddler.

From the materials to the technique to the design, the map was a challenging decision-making process from start to finish and quickly I found that many of the choices were not mine to make - they involved mechanics of design rather than artistic input. The buildings had to be recognisable, there had to be easy-to-read information panels and a numbering system which could be read in various ways, having consideration for whether a viewer was beginning a search with a house name, a postcode or a street name; hence the choice of numbering system and alphabetic key. It had to be clear to see and its setting was also a very important consideration - no-one can stand back and view it or bend down to see details within the three-foot-square confines of the phone box.

Therefore, with the idea that I wanted to produce something hand-made and personal and considering the map's intimate relationship with its viewers, I decided to hand-draw each building. The houses are showing their public faces, rather than a bird's-eye view, so that someone using the map could see a view of the place they were searching for and place it within neighbouring landmarks. No rigid scale has been used, instead there is an orientation and a rough sense of scale in order to fit the village as large as possible into the space available. Hill Furze had to be lifted into its own area in order for everything to fit. No size of plots or even house size has been noted, although some landmark properties are larger than others. They are deliberately lightheartedly drawn and the map is brightly-coloured, so it looks appealing and stands out from within the phone box.
Materials have been chosen to suit both the surroundings as well as the evolutionary nature shared by all maps.

Of course the village will change and evolve and I expect there will be many alterations (apologies if I have missed anything out, I'll do my best to put it right!) but just as the village will grow, so can the map's information - one house was being built even as I was surveying and still has no name as I write.

The old phone box has seen all of life over the years; people have used it to convey good news and bad, to call for help in an emergency, as a meeting place, a shelter and a haven - for the whole spectrum of personal exchanges. Above all, it has been a place of communication and community, and in that sense it continues its purpose today.

I hope my map can go some little way towards achieving what commentator Malcolm Miles described was the effect of the best of public art: to give the world a human perspective - to "transform spaces into places, the public into people"(1) and perhaps I just might add: 'houses into homes'.